We are going to talk about the wonderful musical instrument which is the bamboo flute. Here we will discuss about the origins of the flute and we will also talk about why bamboo is naturally for many the preferred choice as material in making flutes. Will also discuss some of the different kinds of bamboo flutes in the world.

One of the oldest and most adored musical instruments is the flute. This instrument has existed for many long years. Many countries and ethnic groups from different backgrounds have used the flute to create music and it is part of their culture.

We are also going to talk about how bamboo flutes have played a role in many cultures. Why so many countries in the world have bamboo flutes. We will also talk about the numerous different types of bamboos flutes. Bamboo has many great propterties, making it the ideal material in making instruments.

Have you ever wondered what is the history behind bamboo flutes? First, let’s discuss what a flute, what type of instrument it is, and what history lies beneath its past.

The flute is a musical instrument that is classified as part of the woodwind group. This means that it is an instrument that produces sounds by using the power of the air.

The flute is an instrument that is shaped like a cylindrical pipe. It has holes on both ends of the pipe. On one end is where the flute player blows air into the pipe. The air then flows inside the pipe and exits at the the other end. Sounds are produced as air is expelled out on the exit hole of the flute.

There is a proper way in holding a flute. First, hold the flute with the left hand. Second, place the right hand below the left hand. Check the image below as reference to properly hold a flute. 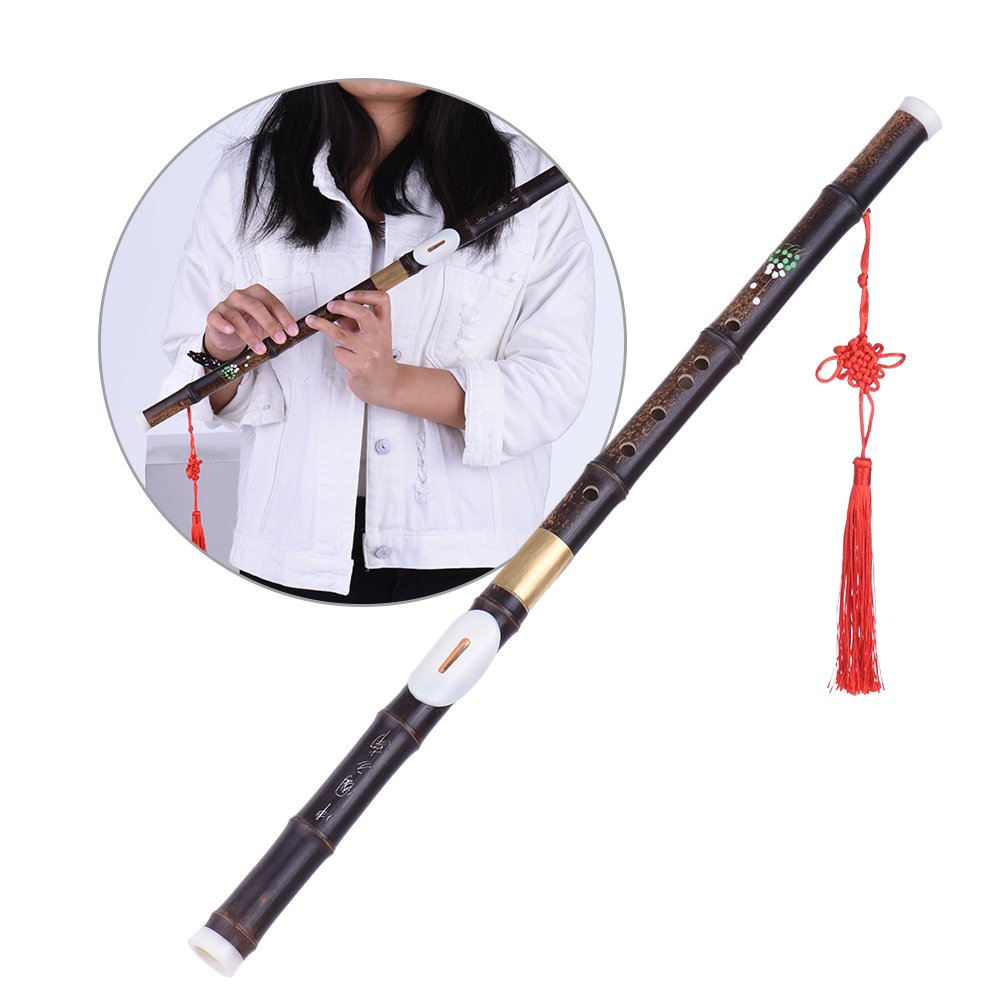 In 2008 pieces of bone-flutes were found at Hohle Fels, which is a cave in the Swabian Jura of Germany. The said discovery was led by the archeologist Nicholas Conard. He is the director of the department for early prehistory and quaternary ecology and the founding director of the Institute of Archaeological Sciences at the University of Tübingen in Germany.

The oldest flute is made out of a naturally hallow animal bone. It is from a wing bone a of griffon vulture. The flute has 5 finger holes and it has 2 “V” Shaped notches at the end, which is believed to be the mouth area, which is where the flute player blows air. This bone flute is just 0.3 inch (8 millimeters) wide and was believed to be about 13 inches (34 centimeters) long.

It makes you realize how early man developed their love and appreciation with music. You will also get to appreciate flutes more knowing that it is an old technology developed by our early ancestors, yet it is still the same technology we used today, enjoyed by the present man.

Many flutes are traditionally made out of bamboo. Bamboo flutes produces beautiful sounds and comes in variety of shapes and sizes.

The bamboo flutes are commonly found is countries in Asia like China, India, Philippines, Japan, Thailand and they are also found in South American countries like Peru, Mexico and many more. These countries produce their own bamboos and that is why it is common to see flutes and many other bamboo musical instruments coming from these countries.

Why is bamboo a good material for making flutes? Bamboo is a good material in making different kinds of instruments, most especially in making the flute. The reason is, the bamboo stem is naturally shaped like a hallow pipe. This is the ideal shape for a flute.

Another reason is that the bamboo wood handles wind inside wonderfully. The air circulation inside a bamboo pipe produces very nice resonating tone.

There are many great stories about the famous musical instruments throughout history. Some of these include stories about bamboo flutes in Asia.

Here are some of the more famous Asian bamboo flutes and I have provided a brief history and background of each instrument. I hope that you will learn a lot from this and be able to appreciate these instruments.

The flute is a significant piece of history, culture and religion to many Asian nations. In India the bamboo flute is a very important instrument.

The Hindus in India recognizes the flute is a very special instrument because their Hindu God Lord Krishna is depicted as holding a bamboo flute. In many images, paintings and statues, Lord Krishna is seen holding a flute.

Krishna is a major deity in Hinduism and one of the 8 avatars of God Vishnu. He is believed to be a master flutist. Krishna plays the basuri which is a traditional Indian flute.

In the modern day, the bansuri is known in making traditional Indian folk music. It is getting popular and is now being played by many musicians from around the world.

Another famous indian bamboo flute is the Venu. This instrument is also a side blown flute. It is used in making South Indian traditional music. Just like the bansuri, the venu is also a flute that is used the Hindu God Lord Krishna, as depicted on many of his famous paintings and statues.

Now let’s go and visit China which is a country that is known for its long rich culture and history. In China they have a very famous bamboo flute called the Dizi. It is sometimes referred to as di or héngdi.

Even though the dizi is usually made out of bamboo, there are also some that are made out of other types of wood, plastic, metals and even stone. To make a dizi, bamboo is still the preferred material in making this flute because the sound product on a bamboo flute sounds better than other materials. The tone produced by the bamboo flute is more resonant.

The dizi can produce strong sounds. It can also make high pitch notes. I personally like the quality of sound that this instrument produces. No wonder that is quite popular.

The dizi is the most revered instrument in traditional Chinese music. Just like many bamboo flutes, the dizi is an instrument that is used for making relaxing music. It is good for meditation, healing, yoga, or sleeping. I really like the dizi because listening it helps me relax. I highly recommend to try listening some dizi songs.